Interpipe and Foundation “Revival of the Region” channeled UAH 10.2 mln donations to the Ukrainian militaries’ aid in Dnipropetrovsk region

Interpipe, a global producer of steel pipes and railway products, together with the Foundation “Revival of the Region” have been helping Ukrainian armed forces, medicians and internally displaced persons for two months.

Foundation “Revival of the Region” is financed mainly by Interpipe, trade unions of Interpipe enterprises and the donations of compassionate employees. 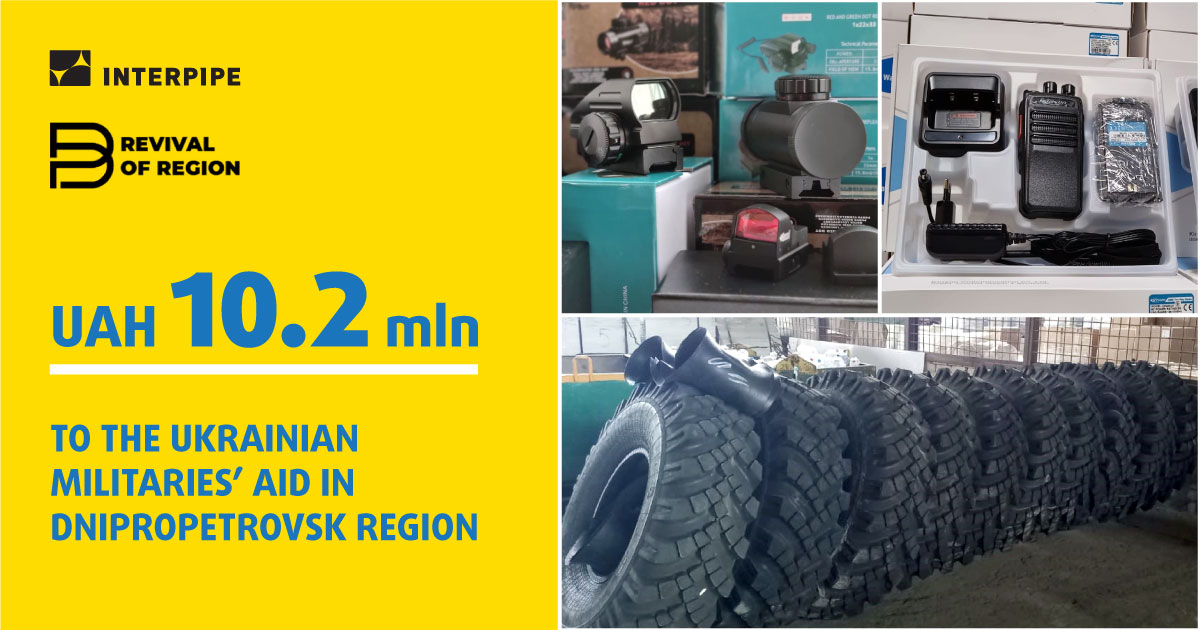 The help was following:       About the company:
Interpipe is global producer of steel pipes and railway products based in Ukraine. The company’s products are marketed in more than 80 countries all around the world via the network of sales offices located in key markets of Ukraine, Europe, North America and the Middle East. In 2021, Interpipe supplied 602 kt of pipes and 174 kt of railway products.

Interpipe has 10 thousand people working at the company’s facilities. During 2021 the Company transferred ca. UAH 3bln in taxes to budgets of all levels and extra-budgetary funds.